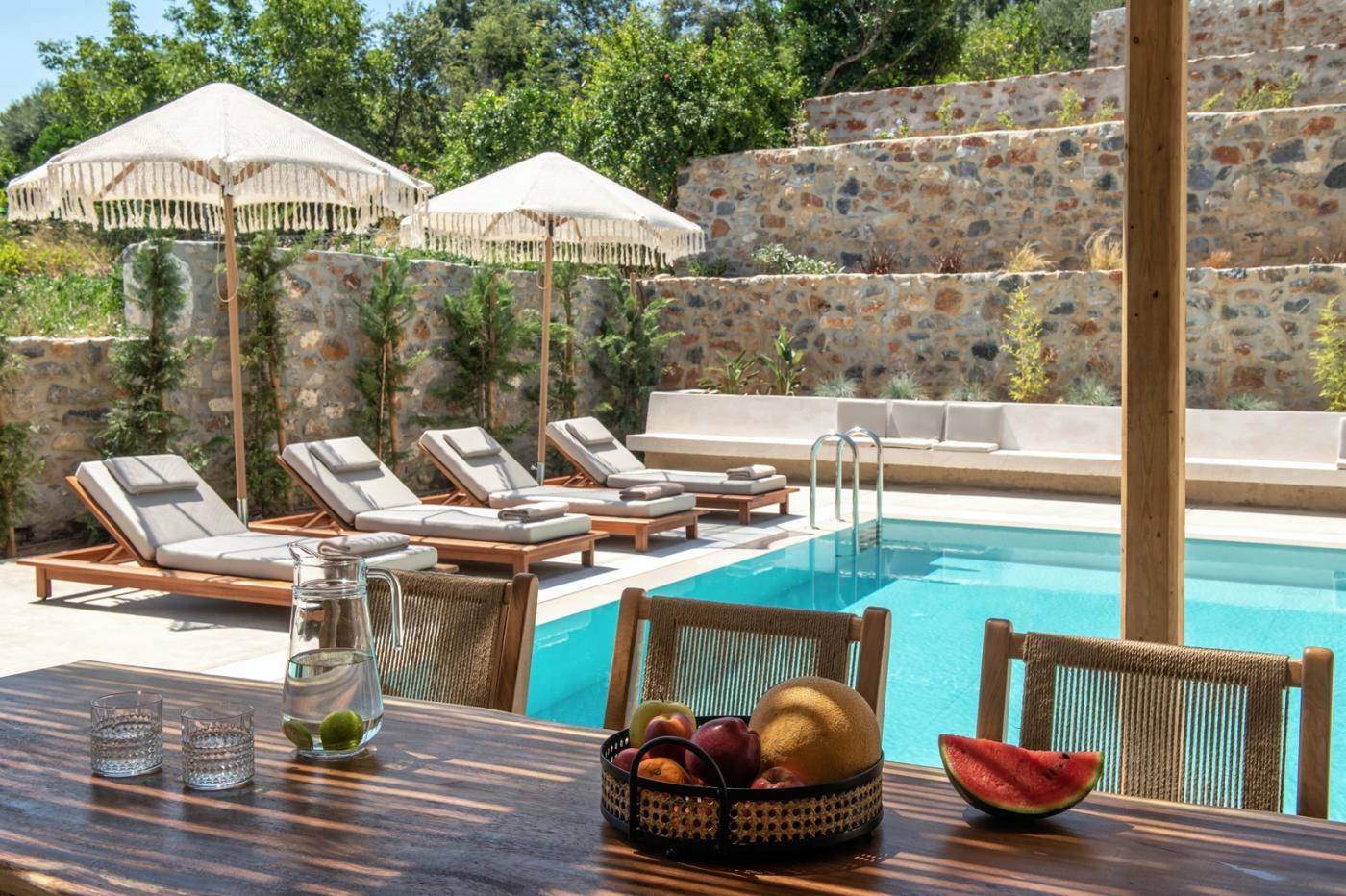 The stone house is located in Mochos, a picturesque village in the mountains of Crete that has preserved its traditional natural surroundings of olives, vineyards and fruit trees.

Big history is hidden behind these walls as it was built in 1940 during World War 2. While Germans occupied the village it was illegal for the Mochos villagers to obtain cement. The cement used could lead to execution of the builders of the house. Stone from the local mountains were carried by donkeys and built by Mastro-Giannis, a local builder specialised in stone houses, important figure of the village at the time.

Furthermore, 27 years later while dictators were leaders of Greece the grandfather of the owner generously allowed a high school to be accommodated in his house (Villa 2A) for 2 years, so children can have a chance in life by being educated. That decision allowed Mochos to build a new high school that still exists and educates children from this village today.

Finally, throughout its journey, this marvellous village house has been passed from generation to generation and all its traditional character is retained, combined with balance, authenticity and modern life. It was renovated in 2020 with respect to its history and sentimental value.

Pool heating at an extra charge of 50€ per day

No groups under the ages of 24 years, parties not allowed

What do people say?

A glance at some of the heart-warming reviews we receive from our guests.

Hi Audrey and Maria, Many thanks for finding us Villa 2A. It was beautiful and we loved the town. The owner was an extremely generous and accommodating host. We think Crete is a wonderful island that really has it all – great people, great places – from beautiful beaches and ancient history. I am glad we finally managed to make it and we hope to visit again in the f ... 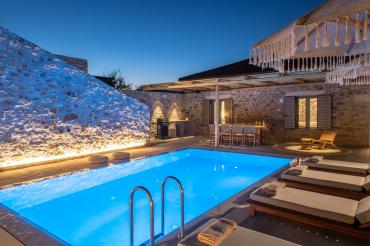